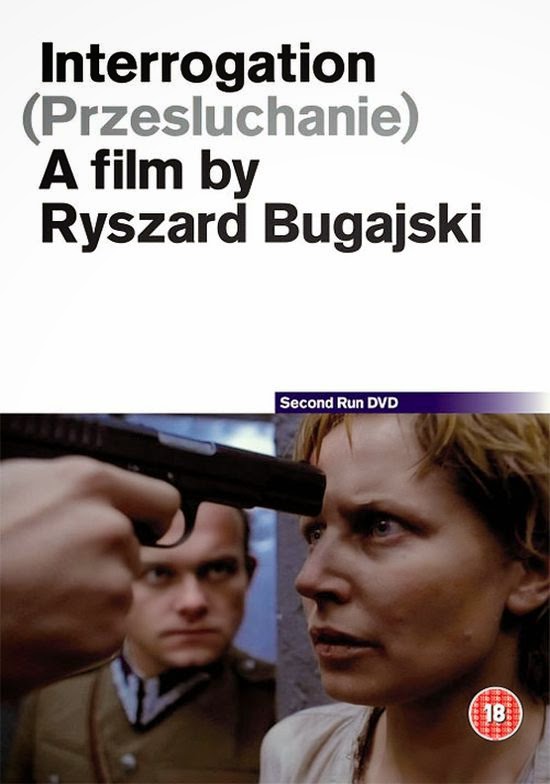 Writing, as an art, demands its own morality. Masters like Karl Marx changed the course of history and human thought through their writings. When writing becomes a mere weapon in the hands of reactionaries, the society is in danger of becoming morally corrupt. The irresponsible statements of some literary personalities have made the Tamil literary space vulnerable to such corruption.

The literary policing of Jeyamohan is almost unspeakable. Pro-establishment, pro-Hindutva, anti-minority, intolerance towards other religions, hatred towards left intellectuals, manipulation of history to suit  his political standings and male-chauvinist high-handedness are among his major traits, as can be gleaned from his writings. His vicious statements against women stem from a deeply rooted patriarchal mindset that
believes men are superior. We understand his psychological need to stay in the limelight forever – something that has been well-established when he has courted controversy through his statements on Tamil fonts etc. But we will be failing in our duty to
society if we don’t protest his intellectual violence against women.

Jeyamohan claims to always look for for greater and greater women writers; In his obit to one of the most respected writer R Choodamani, he writes thus: “I think
Choodamani’s short stories has very little literary value. She cannot be approached as a relevant literary personality today. She has no role in Tamil short story or novel.” And thus he rejects Choodamani’s contribution to Tamil literature. By calling her a
“kalaimagal type writer’, he also seeks to limit her space. In doing so, Jeyamohan also tries to establish himself as self-appointed regulator of Tamil literary scene. We chose not to react, reposing our faith in the democratic spirit of criticism.

When writer Kamala Das passed away, Jeyamohan writes thus: “She became famous by her descriptions of the scent of a young friend’s semen”. He also says that Kamala das was overrated because  her son was the editor of Mathrubhumi. His compliments to Kamala Das are strikinglyleft-handed. He says: “Kamala’s problems have the same root.
She was not good-looking. She was fat, dark and almost ugly. She had an insatiable thirst for publicity and kept promoting herself.” He says it is evident from her autobiography that because of her ugly looks and consequent inferiority complex, Kamala das became a nymphomaniac.  Obviously Jeyamohan seeks to establish that any activity by women including their writings is largely based on their looks and bodies.

Curiously Jeyamohan refrains from finding out what inspires male writers or what good looks (or absence of such) do to them. Such chauvinism and arrogance has to be denounced unequivocally.

His deep hatred for women writers is evident, despite the several masks he juggles with. His article titled women 1: Women’ love makes the following points. “Many of our young women readers develop distorted perspectives thanks to the screams of  stupid feminists and have never ventured into the literary world. They are unaware of true
literary experiences.”

“I have been noticing women writers who claim to be feminists. They do not have the basic reading required for a writer. Why, they have not been able to do anything beyond creating a ripple. That’s also the reason why they have not been able to produce anything significant. The feminism they talk is a simple self-defence technique used to
shield their shoddy works against the challenge posed by a discerning reader.”

“Ignoring these petty voices, Tamil is waiting for women writers who
can boast of real creative talent and pride.”

What kind of hatred, vengeance and allergy would have gone into crafting such statements! It is shocking that Jeyamohan has such hatred for   women deep down. Jeyamohan, like many others, has misconstrued feminism as hatred for men. He consistently tries to make out arguments try to a case against women writers claiming they have not been writing anything meaningful, shear them of identity and therefore conclude that they cannot stake claim to Tamil literary space. Like Goebbels, he keeps claiming that women do not have deep reading. Looks like we have to get a certificate from Mr Jeyamohan on our own scholarship or otherwise, whether we qualify
to be a writer at  all.

In his write up titled “Aishwarya Rai and Arundhathi Roy”, his misogyny finds expression in following statements.

“I have met Aishwarya Rai once. Had chatted with her for half hour. Beautiful woman. Unlike beautiful women in general, she was intelligent too.”

A Beautiful woman is an idiot is one of his many pre-conceived notions. It is shameful that Tamil literary space celebrates him as a father figure. In the same write up, he says Arundhathi Roy is not an activist, but a ‘mere media creation.’ He says Roy’s booker winning novel lacks depth and a disappointment to readers. That could be passed off as a critique. But his deep hatred for the woman called Arundhathi Roy reveals itself in
the ugliest possible way in his write up My India (July 2, 2012).

And he says:  “It is very surprising that a bird-brained person like Arundhathi Roy who lacks the basic historical perspective and balance gets undue importance in the media today.”
Some of us do accept that the western media make much of  Arundhathi Roy. But by the same token to call fellow human beings as lame, bird-brained and monster is  nauseating.  For an established writer to use such terms and for some people to still acknowledge him as a writer can only be seen as an act against one’s own conscience. There is not much difference between killing someone physically and mentally.

Jeyamohan’s misogyny extends beyond Tamilnadu. On writer Nanjil Naadan’s recent list of promising young writers, Jeyamohan has this to say:

“All the male writers in the list are extraordinary writers. I expect more from them. But the women have not written anything significant and have used various tactics to become media images. It beats me why Nanjil calls many of them as writers or poets.”

“This is very important. Today, men have to write to establish themselves. But women merely have to present themselves as women to get the necessary space. And If they are feminists, many of them will back off.” (June 9, 2014)

It is impossible to denigrate women writers more. Misogyny is in full flow in such comments. This is a slap on women's independence; an insult that cannot be tolerated. While questions like whether Jeyamohan has read all that has been written by women naturally arise, what is important is his insinuation that they have used their
physique to their advantage. An outrageously sexist remark – something for which he can be sued in fact.

Jeyamohan, who willingly courts controversies, perhaps coveting notoriety goes on to say in his next post (Women writings, June 11, 2014)

“Aren’t the male writers important? Not even a single one? Has anyone been mentioned in any magazine? This is the first time they have appeared even as stamp size photograph.” One wonders if Jeyamohan reads all the magazines that he buys or whether he uses them as a pillow to rest his head on and sleep.

“They create their own news” he says. What witches and publicity maniacs these women are! The women writers are probably much more villainous than those that appear in the mega serials! “They cannot write a few pages without making mistakes. They don’t have the patience to write ten pages together” says the writer who
made mistakes in the very post where he denigrates women writers. Is it not an irony that he is trying to teach us grammar? Only time should teach him that quality of literature is not measured by pages but by its depth and aestheticism.

It is better to write one immortal poem and stay in history than write thousand pages of trash and pose threat to rainfall.

In another self explanatory note, Jeyamohan heaps on more insults:

“If the stupidly feminist works of these women have to be approved because they are feminists, we need to approve all campaign trash written in the name of Marxism and environmentalism.”

Jeyamohan’s anger can only be construed as pain and disappointment over women writers who are determined to stop men from writing their histories. He poses a challenge: “Let them – those who want to engage in a dialogue over this – ponder over the work that gave them a complete reading experience after Krithika. Let them figure out which work written by a woman has become a talking point in the last thirty
years.”

Thus he makes a very stupid argument that the last thirty years of Tamil literature has been filled only by men. Writers like Ambai who encouraged feminist thought through her writings and other women have no place in Tamil literary history, it looks like. or is it that male chauvinism simply seeks to erase their names from history?

Who else but Jayamohan can wield the male chauvinist whip sitting atop a blind horse riding on the road to Tamil literary history?

Jeyamohan cannot be in isolation though. He is the focus of this joint statement only because we want to make an example of him and warn other similarly mean-minded that we are not going to keep quiet when derided.

By raising questions of the character of women who differ from their views, by spreading rumors about the women, by using vulgar terms, these writers seek to restrain women from participating in social/literary space.

We have been a witness to the fact that some publishers and literary personalities have been indulging in individual assaults and character assassinations. Some of them gang up to periodically malign women writers from some platform or other. For want of space we refrain from naming them all.

We have decided to hold regular  dialogues in future on the stands taken by such personalities.

To use a term discovered by Jeyamohan, social media has become an expanded space for abuse. It would not suffice to make words dance, Jeyamohan should understand that primary human values is to respect a fellow human being.

Everyone knows how difficult it is for a woman to write given the pressures from a male chauvinist society and heavily lopsided institution called family. Yet the women do not demand any concessions, favours. They do not seek any allowance in criticisms. We
only demand that we should not be demeaned simply because of our gender.   We have been dragging ourselves forward, hurting and bruising ourselves even as the chains of female slavery pull us back.

Your literary masks poorly cover up your male chauvinistic vitriol. We can return the compliment, but don’t out of reasons of decency. We believe that like women, fellow male writers too have theresponsibility of questioning the dangers that stem from Jeyamohans’s chauvinist,elite mindset. But many remain mute . Or they probably rejoice in private over such statements of Jeyamohan. This is perhaps the time for every writer to question their own conscience. A real human being is someone who responds to the question posed by their conscience, rising above such considerations as friendship or public persona, influences that can fetch awards.

More and more  Jeyamohan sounds like an insecure dictator, looking for
enemies in every corner and fighting them. We place on record our strongest condemnations against Jeyamohan’s vitriolic, chavunistic  statements against women  who have defied many odds to arrive.